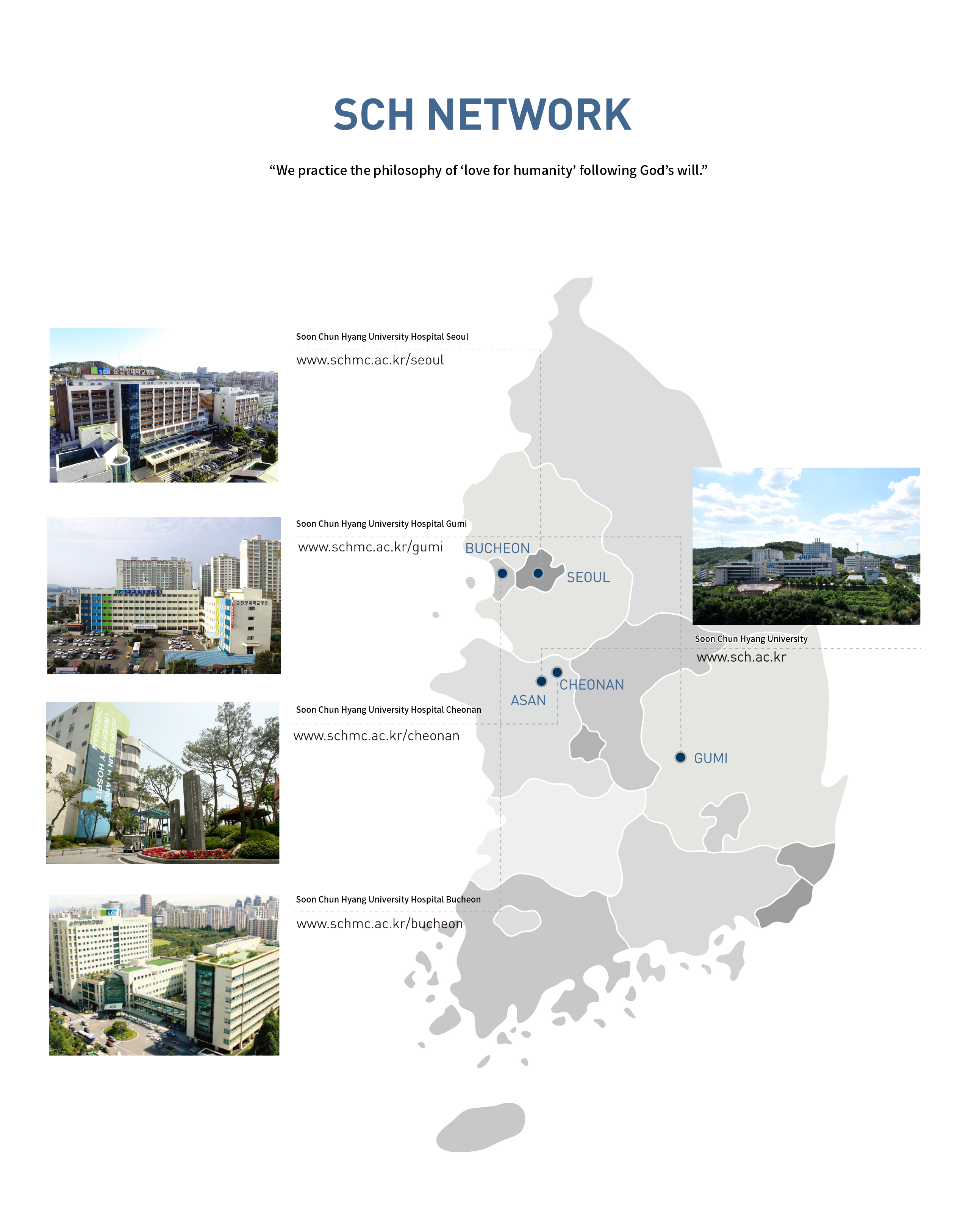 It was established in 1978 by founder Dr. SUH Succ-Jo based on the philosophy of Soon Chun Hyang of love for humanity and love of patients to create a home village for healing art following God’s will under the calling of “improvement in national health” and the motto of “sincerity,” “service,” and “research” in the 1970s when the medical standards of Korea were relatively poor.